Ronald Sebesta is one of leading orchestral and chamber music clarinet players in Slovakia. After his studies in Bratislava and Boulogne he began his career in 1993 as 1st clarinettist with the Slovak Radio Symphony Orchestra, taking up the same position with the chamber orchestra Cappella Istropolitana in 1996.

His musical interest in the field of contemporary music led him to co-found the Veni Ensemble, as well as experimental groups for improvised music Vapori del Cuore and Slovak/Austrian group don@u.com. In 1997 he was one of the founders and artistic leaders of the chamber group Opera Aperta Ensemble.

He also works closely with his brother Robert Sebesta in the field of period clarinets, where their main long-term project is the Lotz Trio of 18th century basset horns. His solo performances with symphony orchestras are irregular but continuously maintained.

Since 2002 he has been a teacher of clarinet and chamber music at the Academy of Music and Drama in Bratislava.

Ronald writes about his Eaton clarinets:

"For me, the most inspiring aspect of Peter Eaton clarinets is the fact that these instruments provide, for a French system player, the true alternative to the worldwide played modern French clarinets. I find the sound of Eaton clarinets blends well with a larger range of musical situations than is so with the typical modern French sound which, for me, is sometimes too pastoral or unnecessarily sweet. Also, the sonority of this modern English clarinet does not renounce its relationship with traditional period clarinet sound, as established at the end of 18th century. To say this about a modern clarinet is a superlative feature." 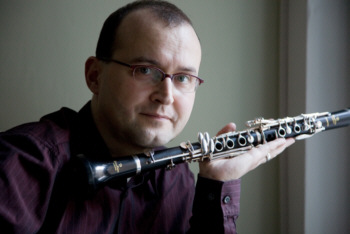